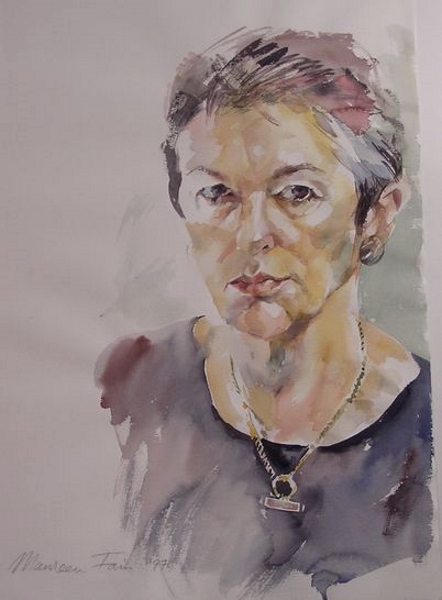 1973 Graduated B.A. History of Art from the Hebrew University, Jerusalem.

1994 Special Exhibition at the Israel Museum, Jerusalem.1996 Guest of honour at “Shapes and Colours” in Piegut-en-Perigord, France: a group show of Painting, Sculpture and Enamel-work.
1998 Presented watercolour demonstration sponsored by Brauer Museum of Art, USA, as an Exhibition Event in conjunction with “Regional Art, 1849-1997”.

Presented watercolour demonstration at the Centre for Visual Arts, adjunct of the Toledo Museum of Art, USA.

1999 Guest of the City of Berlin and the German Government, Ministry of State for Women, Seniors, Youth and Family, the Senate Committee for Science, Research and Culture, and GEDOK, the National Association for Women in the Arts, who sponsored an exhibition and symposium “Seeing Art”, featuring five Israeli women artists and five German women artists.

2002 “Meeting Art – Women Artists from Israel and Germany” – reciprocal exhibition and symposium featuring five German women artists and five Israeli women artists sponsored by the City of Jerusalem, The Goethe Institute, the German Government and GEDOK, the National Association for Women in the Art.

‏2003 Included in Allemeines Kuenstlerlexikon – an international encyclopedia of arts and artists.
Authored three articles: “Portrait of a Body”, “The Essence of a Face” and “Muses on Stone” in the British magazine “The Artist”.

Maureen recently appeared on Israeli National TV in a program where three artists paint a celebrity, live on camera.

In 2015 she represented Israel at the Homer 4th International Watercolor Society Festival in Izmir, Turkey.

Portrait painter, book illustrator. Her works are in the collection of the Israel Museum, in the Brauer Museum of Art, in the Friends of Art Poster Project, (Brauer Museum of Art), and in private collections in England, U.S.A., Canada, France, Holland, Norway, Germany, South Africa, Senegal and Israel.

Participated in over 50 group exhibitions.

Teaches watercolor at the Israel Museum